Eileen had the dubious pleasure of giving our first lecture on Zoom. There were very few technical glitches and Eileen delivered a very interesting talk, giving us further details of already known facts and widening our knowledge with more detailed information.

She began her talk explaining that  3100 B.C.was when the the country was first unified and the first pyramids were built. For over 3000 years Egypt was a great trading nation and this was an excellent route for the exchanging of ideas with other countries. 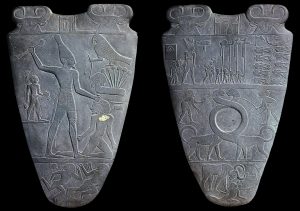 The Narmer Palette dates back to 3100 BC and belonged to  King Narmer who first united Upper and Lower Egypt. It is 2 foot high and shows the details of the power of the king. It is an amazing historical record. 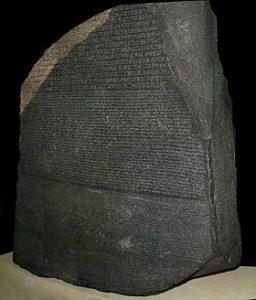 The Rosetta Stone helps to decipher hieroglyphics. It was originally a free standing stone – dull looking- but a fantastic treasure. It was discovered by one of Napoleon’s soldiers.

Eileen then talked about mummification. The mummy now named ‘ginger’ dates back to 3000 B.C. and ‘Ginger’ was buried with everything he would need in the after-life. 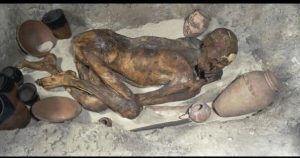 The pyramid of Imorte is the first ever large stone building in the world. 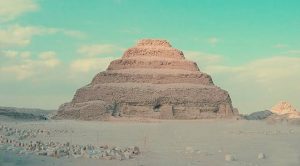 and shows how the early pyramids were built in ‘steps’

The Sphinx at Gizah was built out of bedrock and was not actually a statue. Some of the elements are missing but it aligns with the pyramid at the setting of the sun on the Spring and Autumn equinoxes. 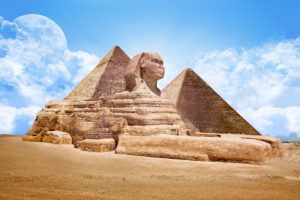 The head of Nefertiti (1350 B.C. ) was made of limestone but it hides a secret. The limestone core shows a wrinkled head with lumps and bumps!! 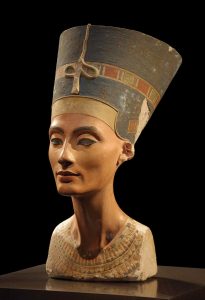 The most impressive find without doubt, is the face mask of Tutankhamen and it is probably a faithful portrait.. 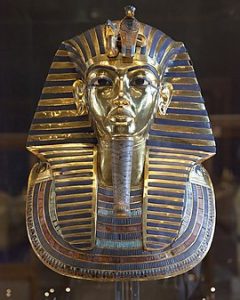 Many Pharaohs were buried with similar items but those have been lost. 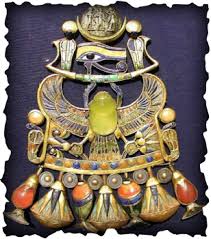 The pastoral or pendant that was found  has a carib beetle at the centre and they were believed to burst out of the dung at sunset so they represent creation. 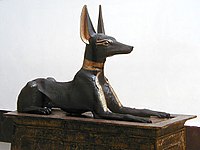 The Anubis shrine when found was covered in linen and had a flower garland around it. 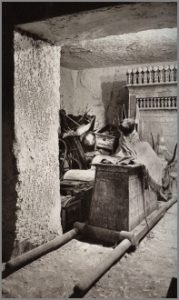 There were numerous boxes found in the tomb which demonstrated the skills of the craftsmen of the time  as shown  by  this beautiful cartouche. 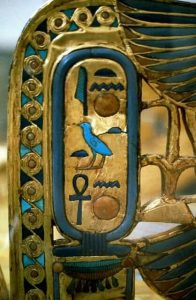 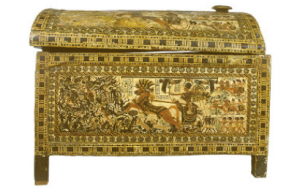 There was also a chest made of calcite and when the lid was removed it was found to contain hollowed-out heads holding liver, lungs, intestines and stomach. The four compartments were sealed with a stopper to represent the king who is shown wearing the Nemes headress with the protective cobra and vulture on his brow. 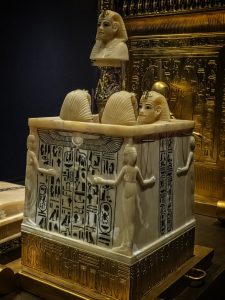 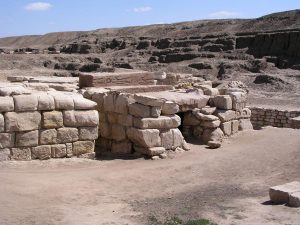 The treasures found here were second only to the treasures in Tutankhamen’s tomb but received much less publicity as they were discovered during WW2. The head of Psusanis (who ruled for 42 years) in gold is particularly impressive 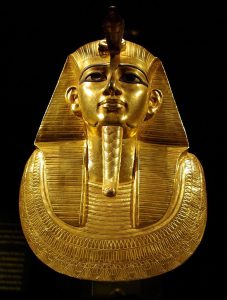 It showed all the valuable things that they traded in. Silver was particularly valuable as it had to be imported and so was in fact, more important than gold

Psusanis was buried with 5 necklaces – one of lapis lazuli with a very deep and intense bead (the reason for this is unknown ) and one with a scareb made of lapis lazuli to protect his heart. 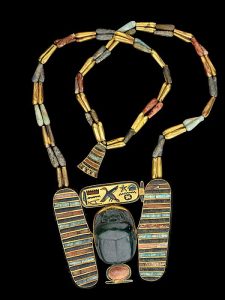 The face mask is particularly interesting as it only went to his hairline. 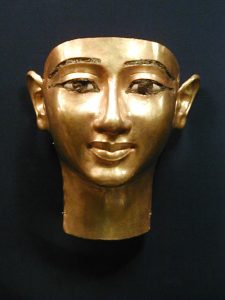 In 1910 Howard Carter found, amongst other items, a board game- Hounds and Jackal made in ebony and ivory, 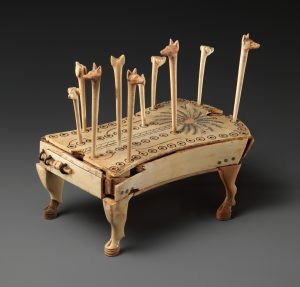 and a cosmetic container shaped like a duck; made from hippo bone and ivory. 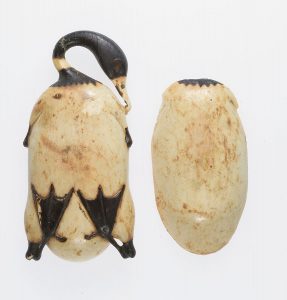 Their craftmanship was particularly spectacular. This pectoral in Cloisonné work was made in 1800BC  with 372 semi precious stones. It was  4.5 cms. high. This was not just an adornment but it was also symbolic of their power. They believed that the wearer was endowed with their powers. 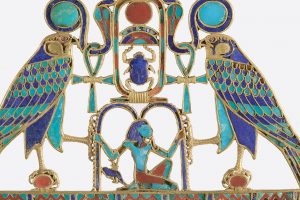 The Ancient Egyptians were also renowned for glass making . Glass was used for decoration and colour.This beautiful glass fish dates from 1350 BC 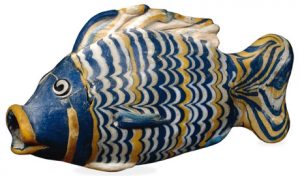 The Ancient Egyptians believed that when they died they went on a long and dangerous journey so they were buried with objects and prayers to help them on this journey. The objects are so beautiful but also useful in this world and the next. 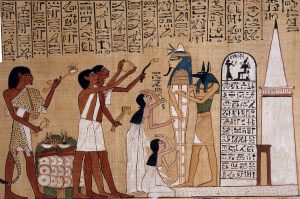 This papyrus (now in the British Museum) showed the prayers, the opening of the mouth ceremony and the weighing of the heart. 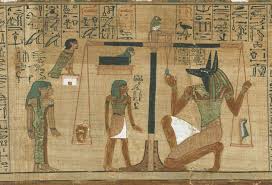 The zoom session ended with us all feeling that though we were not able to meet up personally , learning the skills involved with ‘zooming’ was well worth it as it allowed us to share Eileen’s excellent talk.