Photography As Fine Art – a lecture by Brian Slater

Brian introduced his lecture by telling us that Britain is the most photographed country in the world. We are bombarded with photographs every day. He asked the question ‘Can the very best photographs be regarded as fine art? ‘ It was a question he was planning to answer in the lecture.

In Britain he told us it is still very confusing. David Bailey is quoted as saying ” The British don’t understand photography and don’t give it the space it deserves.”

The Oxford dictionary says photography is not art but a montage using photographs is Art.

A series of articles in the Times written by their art journalist ‘Rachel Campbell Johnson’ looked at the 20 best art examples and neither photography nor sculpture was included in any of the categories.

Brian said he would address each of the categories used by Rachel .

He described a good photographer as ‘knowing when not to press the shutter. ‘

He gave us two definitions of Art. The first by Longfellow ‘Nature is a revelation of God. Art is a revelation of man” The other was from the Concise Oxford Dictionary ” Fine Arts are those appealing to our mind and to our sense of beauty’  Brian said that he would be using these quotes to consider photographs.

Brian began with the category of Portraits

The first photograph he showed us was Arnold Newman’s photograph of Stravinsky. 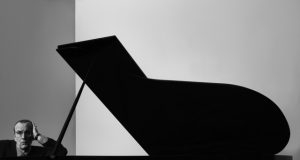 He showed how this was a beautiful example of pure black and white with tones between, and how contrary to most portraits, Newman has placed his subject to the side. 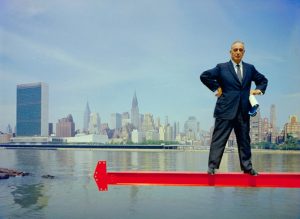 which has the same sense of unorthodox composition – opening up the vista behind and moving Moses to the right with a stance similar to that of Holbein’s Henry viii.

He showed a photograph by Robert Doisneau of Picasso and pointed out that the humour in this would not work as a painting. 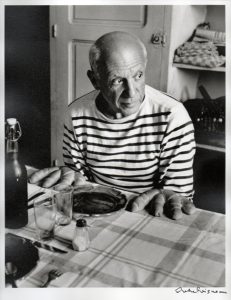 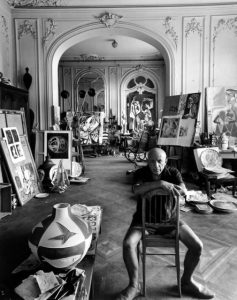 Brian then showed us a photograph by Anita Corbin of betty Boothroyd which is in a collection in the national gallery. Colour is so important in this photograph as it speaks of power and charm. 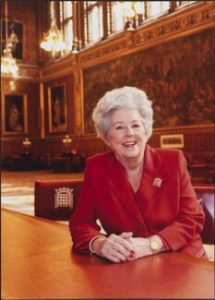 Brian compared it to a painting of Betty and asked us which we felt had the greater impact. 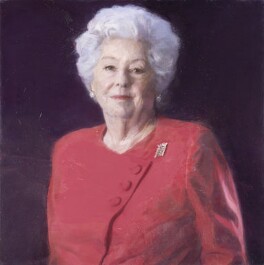 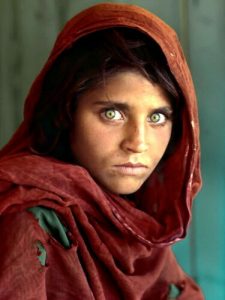 The next category Brian addressed was Landscapes and began with Ansel Adams’ photograph of Yosemite  – explorations of perfection in the American Wilderness. 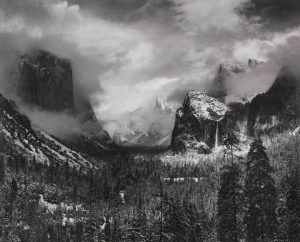 Adams would reduce all blemishes and create a crystal clear photo. He wanted to show a portrait of innocence unsullied by man and denying the activity of man. However the irony of this was that as a result of seeing these photographs people went in hoards to visit these places. !!

Brian compared the work of Adams the that of Bill Brandt who also explored the wilderness ( this time of Skye) but Brandt’s ethos is not to include every rock tree etc but to  simplify the scene. 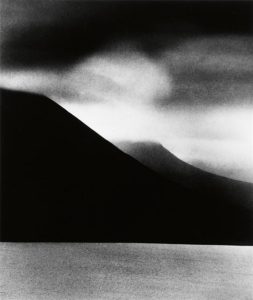 He also showed us Brandt’s photograph of Cuckmere River which has the same ethos of simplification and reduced to its elements. He also showed man’s contribution with the two buildings. 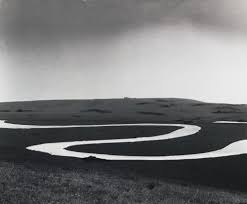 Brian concluded this category with Andreas Gursky’s ‘Solar Panels in Provence in which he explores the distopia of what we are doing with our landscape. 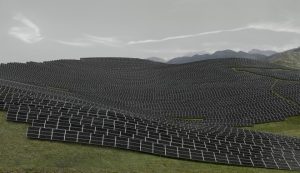 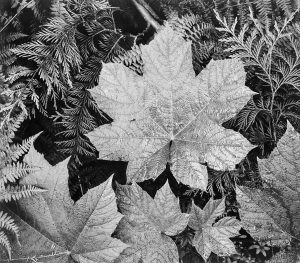 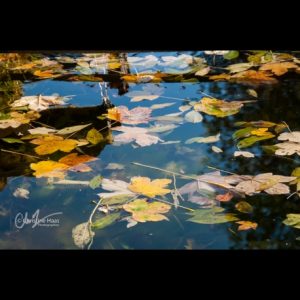 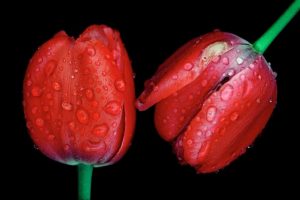 .The final two photographs in this category were both by Haas  and were both very beautiful – Tulips 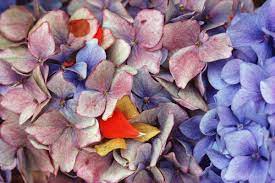 and Bowl of Flowers 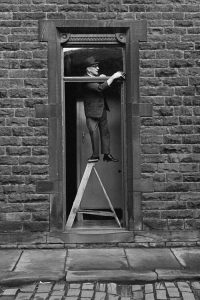 a photograph which is full of understanding and compassion.

The simplicity in Clarissa Leahy’s – ‘Francis’ Reflection in Water ‘is part of its elegance and shows a world reduced to its elements – sky/water/land. with a girl on the threshold of her life. 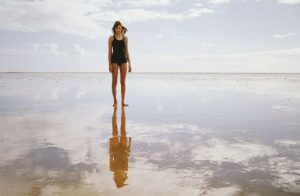 Andreas Gursky’s ’99 Cents in 1919 explores that which we think benevolent but which has a dark side. – the poverty of affluence. 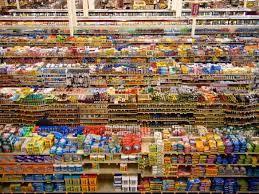 Brian discussed in detail the photograph by Henri Cartier Breson ‘ Wall St.’ showing the rhythm between the strong upright pillars and the brokers in front; the guy on the steps – is he really a pillar ? he also showed how the photograph has been so cleverly split with the one third line coming directly through the man at the top of the steps. 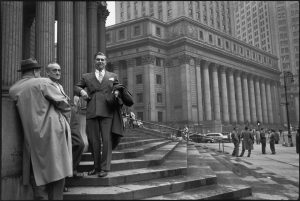 Another of Cartier Breson’s works ‘ Trafalgar Square ‘shows the tolerance between conformity and non conformity. 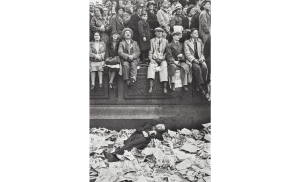 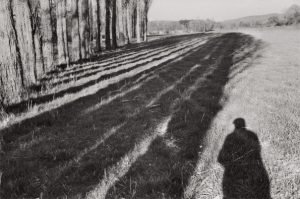 seems to show the end of the day with the shadows of the setting sun on the trees and Bresson himself and his awareness that he was also close to the end of his life.

In  the final category – Narrative he showed Herbert Mason’s photograph of St. Paul’s 1940 which showed Britain alone and defiant . Churchill asked for it to be published in America to engender support. 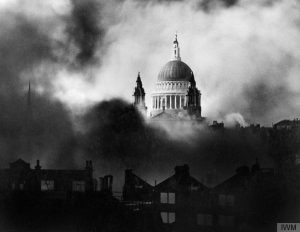 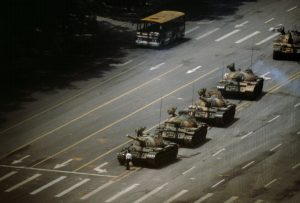 Brian closed this fascinating lecture with the photograph by Larry burrows of Vietnam where optimism was cutting through cultural taboos. 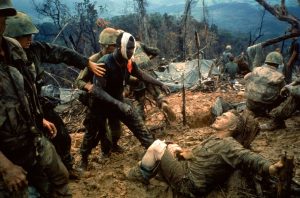 After this  lecture  I don’t think many of us were in any doubt that Brian had presented  his case admirable and we were left in no doubt the photography is indeed a Fine Art. Thank you to Brian for opening our eyes and sharing with us such beautiful and thought provoking images