The lecture traced the development of sculpture in the twentieth century from a large lump of marble at one end to an object transformed by putting it into an art gallery.

Linda began by explaining the respect for the classical with  Rodin’s The Kiss ( 1901-04) ie oversized marble, idealised  and naked and which was carved by stonemasons in his studio. By contrast Constantin Brancusi’s ‘The Kiss’ was a direct carving (1907-8), the first modern sculpture of the twentieth century and the star of Modernism. The qualities of these sculptures are that they display naturalism, eroticism and have a febrile physicality and energy.  In addition there was a truth to the materials, taking care to retain the sense of a block of stone. 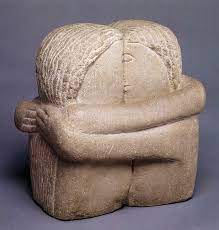 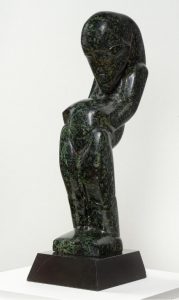 Jacob Epstein 1913 Figure in Flenite in the style of expressionism.

His Guitars 1912 and 1914 revolutionised the language of sculpture. 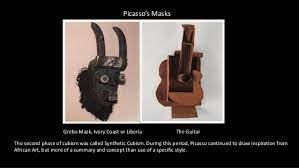 Next came assemblage /bricolage and Brach invented collage. Up to then still life was a painting. Avant-Garde and Futurism and Vorticism followed on. Epstein’s ‘The Rock Drill’ 1913 like a life sized phallic symbol indicating progeny of the future with reference to the war and trenches and what mankind does with advanced technology. In 1913 he got rid of the drill and hands and cast it in bronze – this was an audacious thing to do in British art. 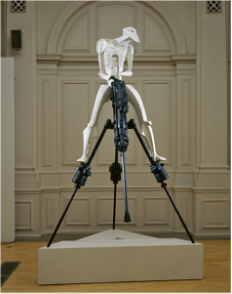 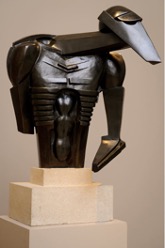 Jacob Epstein Torso in metal from The Rock Drill 1913-16

Marcel Duchamp followed with the ‘Bicycle Wheel ‘and ‘Bottle Rack’ 1914 and so began Conceptual art – where the ideas are more important than the artist/ materials.

It begs the question ‘What is Art’ – is it because the artist says so or because it is in an art gallery. Oscar Wilde and Balsac had their own ideas. 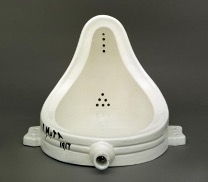 Dada arose out of the extreme reaction to the horrors of the First World War, then came Modernism, Bolshevism, Constructivism, Surrealism and Abstraction.

Barbara Hepworth emerged with her ideas all about forms (‘Three Forms’ 1935) and her husband Ben Nicholson (‘White relief ‘1935) was an internationalist ie using the universal language of art. 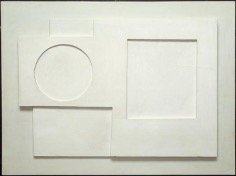 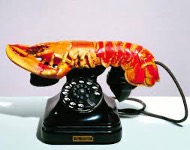 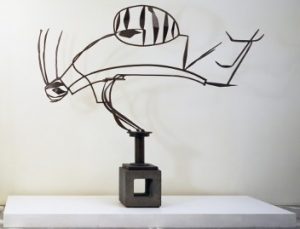 Piero Manzoni’s 1961 provocative ‘Tin Can’ contained 30 gms of the artist’s excrement – a joke at the expense of the art world – which said that anything an artist touches can be turned into gold. Tin cans don’t actually contain what they say they do – but does it matter?

Pop art emerged – Peter Blake ( ‘The Toy Shop’1962) is nostalgic and Andy Warhol (‘Brillo Box ‘1964), 3 dimensional and made out of plywood  illustrated the language of selling. 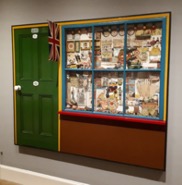 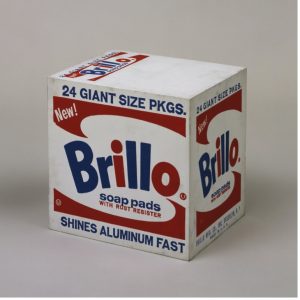 Minimalism ( Donald Judd ‘Stacks’ 1967,1968, ) is where the effect comes from the materials used. Jeff Koons’ 1988 ‘Michael Jackson and Bubbles’ in porcelain says that art can be made of anything. Trashy souvenirs were sold at that time, life sized and ghastly, they were ‘Kitsch’. 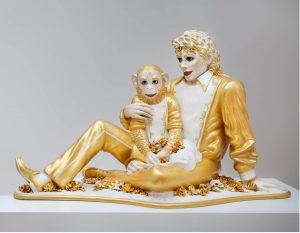 However Olafur Eliason’s  ‘The Weather Project’ in the Turbine Hall in 2003-4 was an installation that the public loved. 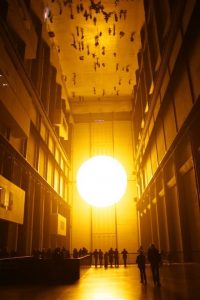 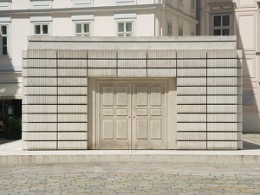 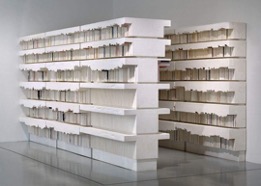 Fiona Banner ( ‘Harrier and Jaguar ‘ 2010) says that she finds the objects beautiful – because they are designed to perform a job, even though they are jets designed to kill. That we find them beautiful brings into question the very notion of beauty but also our own intellectual and moral position. She is interested in that clash between what we feel and what we think. 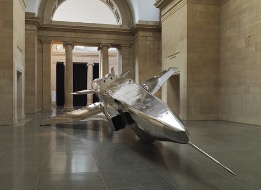 Art can be baffling but Linda ended her beautifully illustrated mammoth lecture by asking the question ‘Does it interest me to find out more?’ If it doesn’t interest you – move on. No work of art will appeal to everybody in the same way.