a lecture by Marc Allum

Marc began by introducing himself and telling us that he had been on the show for 24 years. Even as a young boy he had be fascinated by ‘collecting’ – fossils, postcards etc.

He showed is a box of mixed artefacts saying this is what his head is like . In his travels around the world he was always gathering bits and pieces. As a teenager he began an interest in car boot sales and auctions. He also has a strong interest in archeology.

On the show he is known as a ‘miscellaneous specialist ‘ and he learns something every day. Antiques Roadshow epitomises what is good about British TV .It has been going for 44 years.  During the pandemic people were invited to send in items on line and Marc would receive thousands and have to whittle them down to 55 ! Now the show has 7 venues and 2 or 3 shows are filmed in each venue. 1500 guests are allowed in – all with tickets. 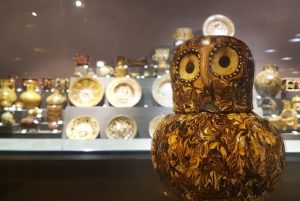 the Norah Ambrose Punch pot in Liverpool in 1989 and in 1986 the painting Desert Halt by Richard Dadd. 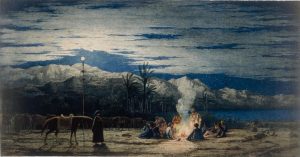 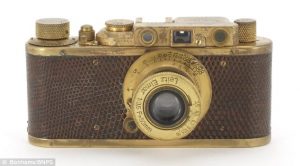 They often receive items which cannot be given a monetary value .

He concluded his very entertaining and informative lecture by saying that the Antiques Roadshow is about culture and aspects of culture so it is OK to have a helmet from Star Wars,