Dazzle – Disguise and Disruption in War and Art –  a  lecture by Dr. James Taylor

Dr. James Taylor gave an intriguing and entertaining lecture on the art form  that was  Dazzle.

To many of us it was an art form that we had not really heard of before and it opened our eyes to the whole concept.

James began by introducing us to Norman Wilkinson who was the inventor of Dazzle camouflage. As we saw the first illustration our immediate reaction was to question whether this was indeed camouflage. It certainly wasn’t camouflage as we traditionally knew it but it was camouflage by confusion.They were wild, wacky constructional designs which broke up the line of the vessel.

Everywoman by Cara Phillips  is the best example of this.

The painting challenges the outline and form and it was crucial when the enemy were trying to fire at the vessels. 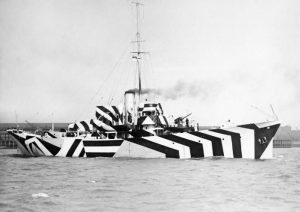 A lot of the early photographs were in black and white so it was difficult to get the real image.

Wilkinson  did phenomenal work in terms of camouflage in WWI and WWII. He was originally a poster artist 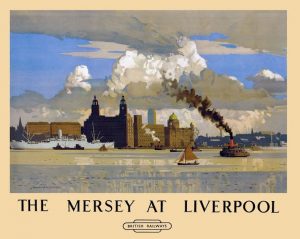 Wilkinson asserted that ‘art was a crucial part of advertising to interest and educate the public and relieve the tedium of what is still probably one of life’s most depressing experiences – the railway waiting room !!’

By 1917 U boats had been responsible for the sinking of more than 500 merchant ships and Britain was on its knees. and Wilkinson began to think about what could be done.

Wilkinson saw the ships crossing the seas  as ‘a flock of sea-going Easter eggs’ such was their vulnerability. He went to the  Admiralty  with his ‘cunning plan.’  The Admiralty asked him to prove his idea so he set about doing just that. A large team was set up with women drawn from  art colleges and men making the models.The Royal Academy provided the accommodation.The plan was to paint not just small ships but big liners as well. 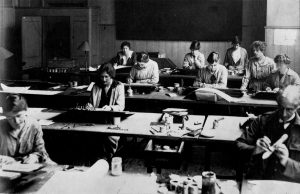 George Vth visited the exhibition and was very impressed with how the dazzle painting created confusion.

‘Dazzled Merchantman in New Orleans ‘ emphasises that it was not camouflage as we know it but confusion. It made the ships appear as two ships or made them appear to be going in different directions. It inspired hundreds of ships around the world to be ‘Dazzled’

Julius Olsson joined the Dazzle team in 1917 Moonlit Shore’ is very typical of his work.

‘Approach to the New World’ can be seen on the walls of paintings of the Titanic.

Olsson went to the Dardenelles and made paintings of the action. He too realised how vulnerable our boats were.

‘The Commander’ shows an actual Uboat commander on the Bergen in 1918.

By 1918 there was quite a lot of criticism about Wilkinson’s scheme so it was mainly used on merchant vessels.

James told us how the Germans were able to develop a way to filter out the beiges and greys painted on the vessels so most of the painting after this was mainly in black, white and blue as these colours could not be filtered out. 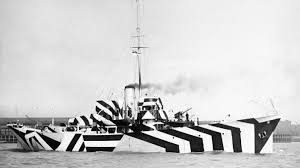 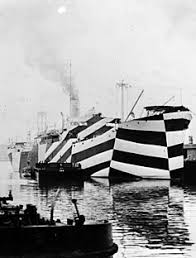 About 18 officer artists joined the team and  amongst them was Moser .

James showed us an amusing (whilst nonetheless serious)  image of animals being ‘dazzled’ as many of them – particularly cattle were killed in the blackout. 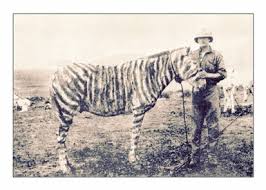 James concluded his lecture with the rather disappointing fact that there was no evidence that Dazzling actually worked but it most definitely raised morale. However  the Americans reported that the scheme was a great success and did  confuse the enemy and thus saved many lives. There is now current research in Britain to check on the impact of Dazzling in both World Wars.

Many of us left the lecture much more informed, entertained and definitely dazzled.