Mark began his very interesting and informative lecture by setting the scene for us. He explained that he would be focussing on the 60s and 70s when glass was bought to be used, when there was greater prosperity and the beginnings of commercialism.

Stourbridge was the backbone of the industry at the end of the 19th century . The rules were very conservative and by the beginning of the 20th century they had still not changed -i.e.colourless cut glass.! This continued until the 1950s, although Stuart of Walsh and Walsh had introduced slight modernisation with the work of Farquarson ?????

In the 60s texture is introduced  and in the 60s and 70s the focus is on colour.

Examples of Scandinavian artists are shown below. 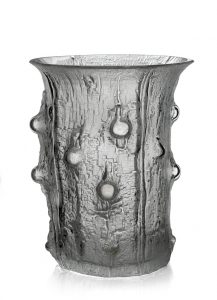 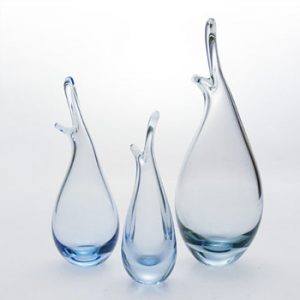 The key personalities at this period were Frank Thrower at Dartington Glass, Domhnall O’Broin at Cathness Glass, Geoffrey Baxter at Whitefriars and Ronald Stenett-Wilson at Kings Lynn. What untied these four was an altruistic streak and they were not controlled by the Stourbridge regulations- they were thinking beyond it.

Whitefriars was founded in 1680 and they became known in the 60s for delivering fast and effective glass.

Their ‘Drunken Bricklayer was part of their textured range

another of their work was Double Diamond

Much of their work was with cool colours like the fjords.

Mark showed us three examples of their work which he graded as good, better and best. 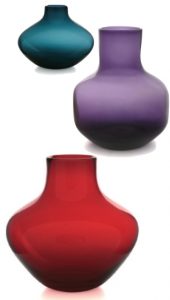 better was ‘Bark’ showing how effective the texturing was

and best was ‘Banjo’

Domhnall visited Scandinavia and his design became linear- neat and controlled though the key to it was colour focused on the Scottish landscape 0f the lochs, heather and peat.

Though he had a strong leaning to Scandinavia he gave his work U.K. names.

For the ‘good’ piece Mark chose the 1967  ‘Top Hat’ vase with its vibrant colour. 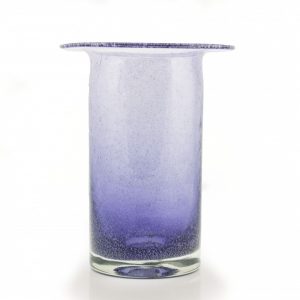 and the ‘best’ was the deceptively complex Ariel Studio vase 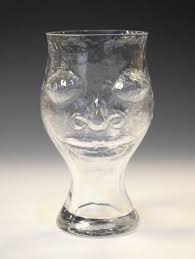 He produced over 700 designs and had ‘Rock Star ‘ success. In 1982 Wedgewood bought into Dartington Glass. 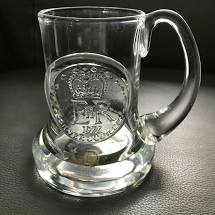 better was the FT4 decanter 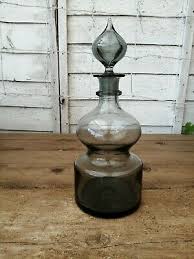