Chloe began her fascinating talk with a travel poster for Mexico from the 1930s which, as she explained to us, was the time when Mexico realised it could open up to the world and tourism.

She began by  taking us back to the original culture of Mexico -the mother culture – the Olmecs –  who dated from 1400BC-400BC. This jade mask dates from that period. 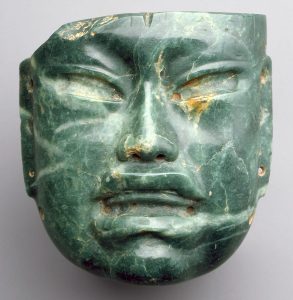 Some of the sculptures of the Olmecs were enormous and carved in rock. 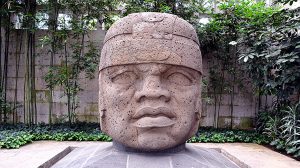 Their influence spread to the Maya (who were then in this area from 400BC) as shown in this carved stone panel from 747 AD which is  now in the British Museum. 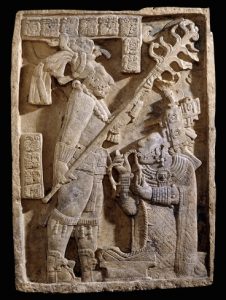 The Mayan civilisation was followed in 1100 AD by the Mixtecs. They were great artists, particularly working in gold, as shown by the items below including the mask of the Flower Prince. 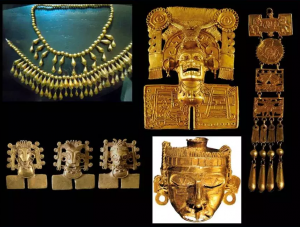 in 1325 AD the Aztecs took over the whole area and were able to take ideas from the earlier civilisations. Moktasuma was their last elected ruler – powerful and spectacular. 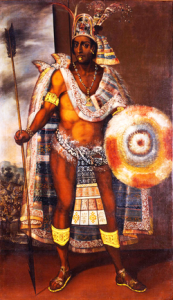 He had built one large city and when the Spanish conquered they were impressed by this great city. 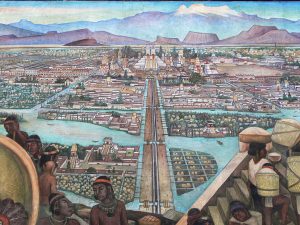 In the 1920s Rivera painted a mural of the city and also of the market day in the city. 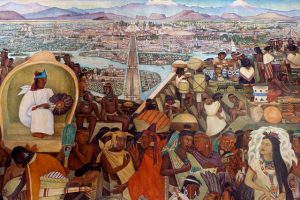 The  page from an Aztec tax return shows why they became  so wealthy  and therefore why there were so many artists with such a wide variety of skills. The page  showed the areas on the left that were obliged to pay taxes, and the payments they made are shown on the right. 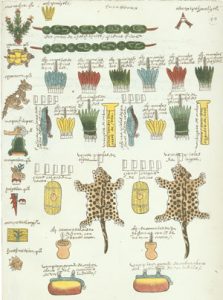 Their artistic skills covered a wide range including feather work ( as in this shield )  and mosaic work as in the double headed serpent. 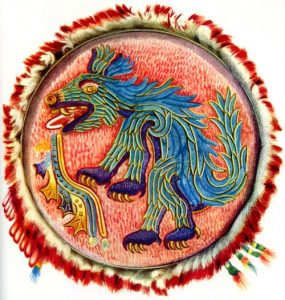 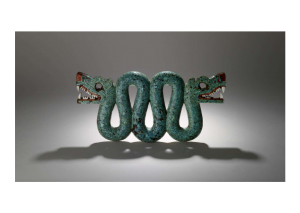 In 1521 the conquest by Spain resulted in the fusion of two worlds. Most  people converted to Christianity and the infrastructure of the churches became the centre of artwork as in this work depicting Jesus using feathers. 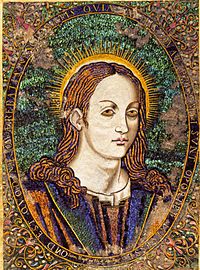 For 300 years Mexico was known as Little Spain and therefore there was a lot of European style, but in 1821 it became a republic and could now welcome artists like Karl Mabel who showed what life was like off the beaten track. Though it was now a republic Mexico still had very wealthy large estates which led to the Mexican revolution in 1910. The famous leader Emilio Zappata died before the revolution succeeded ,but with this demand for land also came a cultural revolution with the people wanting to take a pride in its past. 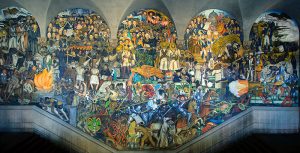 and although he was certainly not a christian he also painted a mural in a chapel. 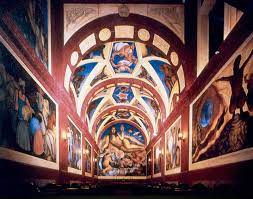 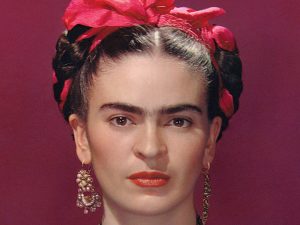 who was passionate about everything Mexican – looking for her roots. She was an avid collector of folk art 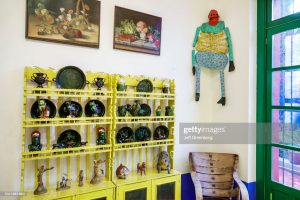 and an icon of Mexican clothing. 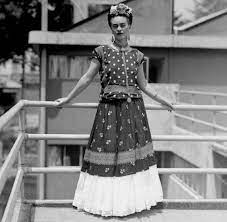 Chloe then took us through the last 60 years of Mexico’s history , looking at various elements of life.

The skills of the goldsmiths and silversmiths are still there today. Also the carvers – as seen in the work of Robert Luis’ carving  in bone of Adam and Eve, which shows such minute detail.The textiles and clothing is typical of 60 different peoples. The Spaniards introduced wool to mexico which the Mayan dyed using natural dyes. The Mayan weavers were reputed to be some of the best in the world. The spaniards also brought embroidery -used in the churches.

CLOTHING – after the conquest men were encouraged to wear shirt and trousers rather than the capes and loin cloths, but women’s clothing has barely changed. The blouses that they wear all have a design particular to their village.

and Valadez’s work using threads to build up pictures incorporating theology and cosmology. 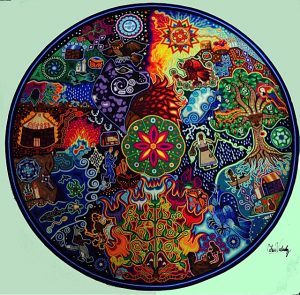 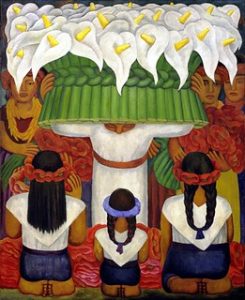 . Every village had its own type of dance and beautiful costumes 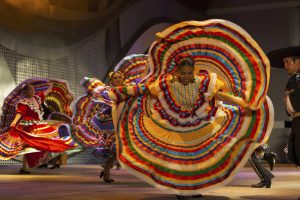 Chloe closed her lecture by reminding us that when we see objects it’s easy to forget the spiritual dimension and historical influence. This is particularly applicable to the arts and crafts of Mexico and their love of colour, spectacle and art , which makes Mexico the wonderful country it is. Thank you Chloe for a fascinating talk which really made us aware of the all the influences in Mexican art and crafts. .